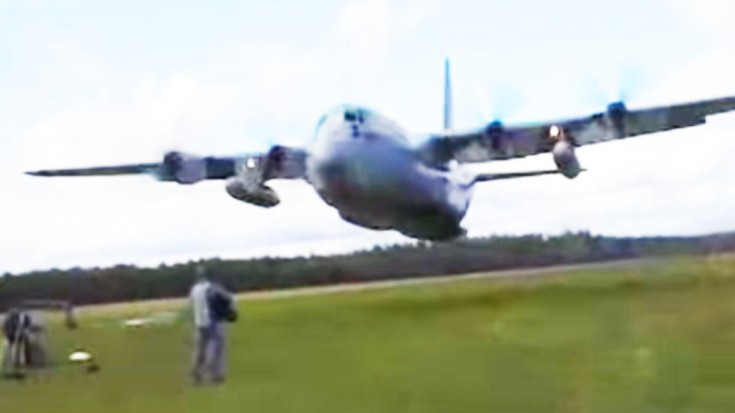 Welcome To The Swedish Air Force!

The world has a ton of crazy pilots. Some do aerobatics, others stunts while military pilots are crazy in their own right. Landing a plane or helo in the middle of battle with bullets flying around takes a whole different type of crazy (in a good way of course.)

This pilot however, was just downright showing off though. According to his superiors, recklessly as well.

The Swedish Air Force had five C-130s which they used, one of which unfortunately crashed just two weeks after this video was shot.

During a paratrooper training in Sweden, all was calm on the field. The guys were gearing up, making sure all their equipment checked out etc. All of the sudden, the mighty C-130 Hercules popped out from behind the tree line. As if that was not low enough, the pilot brought the plane down even more! According to accounts, the plane came within 15 feet of the ground.

Now, that might not have been all that dangerous in terms of the plane taking the paratroopers heads of, but it was somewhat risky. As to his superiors, they said that a crosswind or an engine failure would have turned this stunt into a major disaster.

Whatever the case might or might not have been, at least we have this awesome video to share with you. As for the pilot, he can watch it too as he was grounded pending investigation.