C-130 Landing On The Beach With Interior/Exterior Shots! 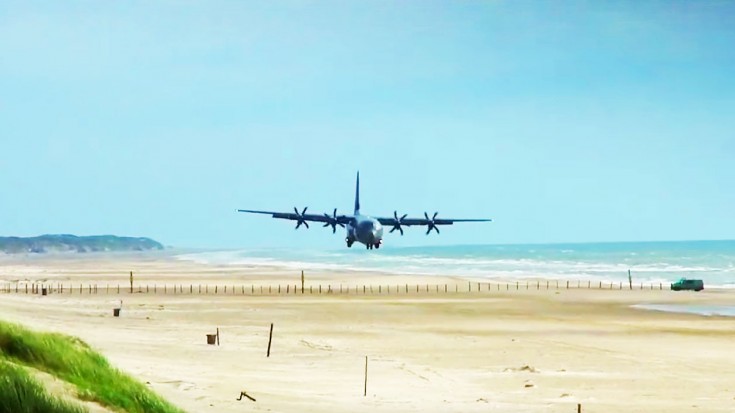 Truly A Jack Of All Trades!

Lockheed’s C-130 Hercules has become one of the most versatile aircraft in the world. With over 2,500 of them built as of 2015, they’re used by many countries around the world. Originally designed as a troop and cargo transport aircraft, today, there are over 40 variants of this capable plane.

The famed AC-130s for example are a perfect example of how they’ve adapted to being one of the most feared gunships. Aside from that, they’re also used for search and rescue, weather reconnaissance and aerial refueling. Around the globe, it’s the main tactical air-lifter as well.

As you’ll clearly see in this great video, C-130 are capable of using unprepared runways meaning, they don’t need a nicely paved airstrip like most other aircraft.

This video is broken down to some incredible shots both from the interior and exterior of the plane. It’s a very picturesque view from the cockpit as the plane approaches the beach, then, a little picture-in-picture window shows up in the upper right. That shows you what the pilots are doing on approach.

Beyond that, it’s a great exterior shot of the C-130 approaching and setting down. As it’s supposed to, the landing gear adapts to the imperfections of the beach and the landing is super smooth. Now that’s a plane!