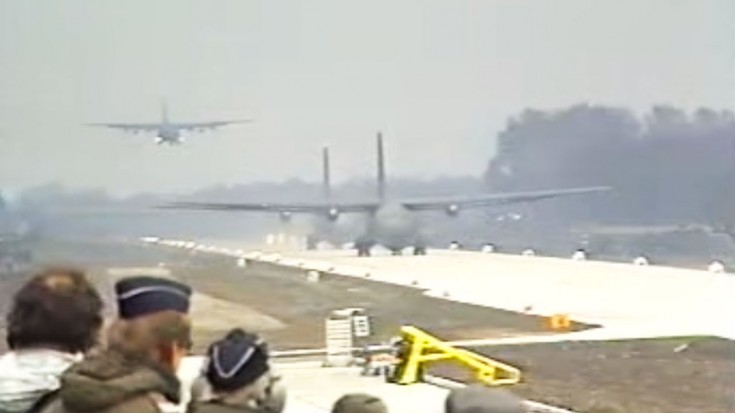 You Learn Something New Everyday!

Actually, this video taught us two things, not just one. Hopefully, you guys will learn a thing or two from this as well. If you do, then “you’re welcome.”

Although this exercise happened a few decades ago, it is still not World War II footage. Believe it or not though, it was only possible because of World War II. You see, during the war, Allied forces were bombing the ever living daylights out of Nazi targets. A lot of those included landing strips which was meant to cripple Nazi air capabilities.

For this reason, Hitler and his consultants came up with the idea of having parts of the Autobahn (German highway) be straight for planes to be able to land on them in case their bases were hit. Typically, they are 1.2 to 2.2 miles long and are made of special asphalt in order to support the weight and stress a landing plane would make. Here’s a picture of an aerial view of one such stretches of road.

Don’t know about you, but the existence of the C-160 was also unbeknown to us as well until we found this video. On par with the C-130, the 160 is also a military transport plane which is made by a company called Transall. It was built in the 60s as a joint venture between France and Germany and like the Hercules, still enjoy service even after all these years.