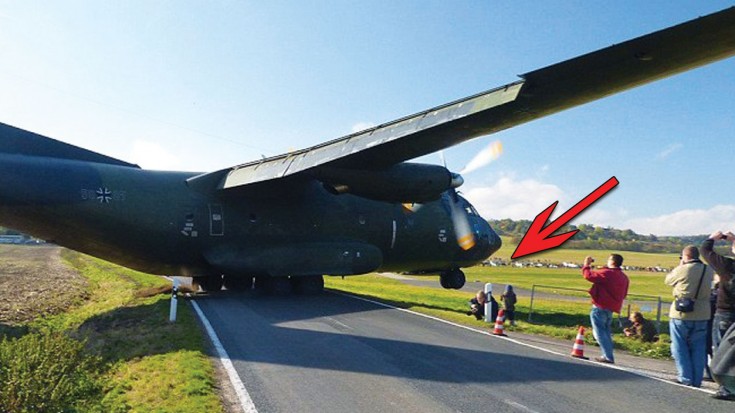 Well, That Ended Better Than It Should.

We don’t even know how to begin explaining this. Was it a sporadic downdraft of sorts which made this pilot come short? Or was the pilot inexperienced? Maybe he was distracted by the dozens of people which were waiting right next to the runway? If you have any ideas of what the heck happened here, let us know.

This video captured a C-160 Transall approaching base in Germany. This plane might look familiar, but it’s nothing U.S. made although it looks similar to many military cargo planes.

This transport aircraft was a joint venture between France and Germany. It’s a twin turbo prop aircraft which, like the C-130 Hercules, withstood the test of time. 214 of them were manufactured and they are used not only by France and Germany but were eventually exported to South Africa and Turkey as well. A small number of civilian operators got their hands on them as well.

Now that you know what you’ll be looking at, you’ll also see that this resilient plane can take quite a hit. On approach, it came in a bit too low and hit an embankment before the runway. The plane bounced up like a yoga ball, but the pilot seemed to stay collected and set the bird down when it recovered.

We’ve included a picture from the point of view of another spectator. Those people were nearly killed actually. Now, the pilot might have made a mistake, but standing in front of the glide path like that is not a smart idea. They almost became deadly proof of that.

It looked bad, but thankfully no one got hurt.