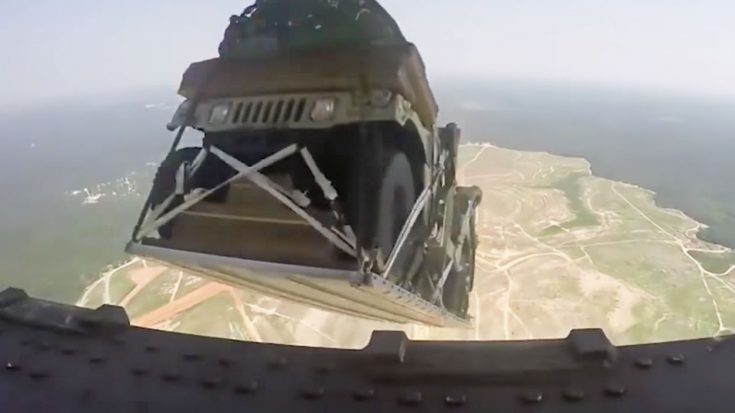 Nobody likes to wait for a delivery and the United States Military is no exception. The Armed Forces needs things done fast and hard, so when they need vehicles they pull out all the stops. If a mission calls for big equipment the Boeing C-17 Globemaster is their go-to delivery transport.

Since 1995 the Globemaster has been making heavy cargo airlifts for the United States Air Force. With a wingspan of 170 feet, a length of 174 feet and able to carry a payload of 82 tons. The C-17 has some pretty impressive storage capability for transporting heavy equipment as well as vehicles.

“A high-wing, four-engine, T-tailed military transport aircraft, the multi-service C-17 can carry large equipment, supplies and troops directly to small airfields in harsh terrain anywhere in the world. The massive, sturdy, long-haul aircraft tackles distance, destination and heavy, oversized payloads in unpredictable conditions. It has delivered cargo in every worldwide operation since the 1990s.”

Just to get a glimpse of the massive airdropping capabilities of the C-17 the Air Force provides a demonstration. In this video, a Globemaster drops eight massive Humvees from an altitude of 5,000 feet up. It’s something you have to see to believe.