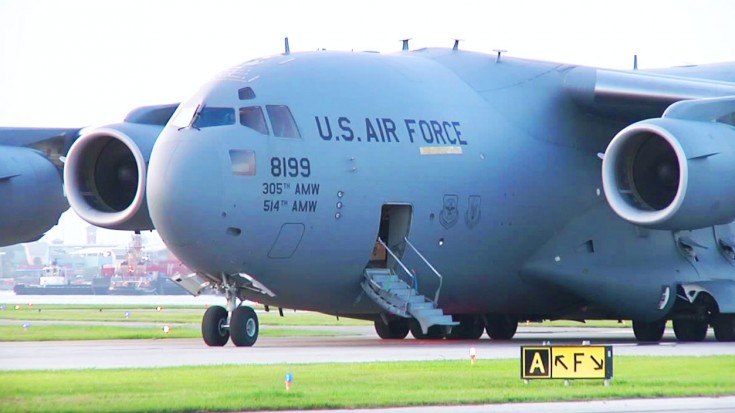 A few years back, a young Air Force pilot made an error that might just follow him for the rest of his career. Flying a gigantic C-17 from Italy to Florida, he mistook a small civilian airport for the airfield he was supposed to land on four miles further down.

Upon touchdown, he hit the brakes and screeched the plane to a halt, shaking the entire neighborhood and alerting all its residents. The runway was 3,405 feet long, about 1/3 the size of the right airstrip he was headed for. Come to think of it, this could have been much worse.

The Air Force attributed the erroneous landing to “fatigue, complacency and a lack of flight discipline.” | Official USAF Press Release

Once the error became apparent (which was almost immediately,) the next big problem arose. How in this world was this thing going to take off from such a short runway?

With some thinking and strategizing, the Air Force dumped everything possible out of the plane to make it as light as possible. Cargo, seats and even fuel, engineers did everything they could to gut the plane to give it a shot at taking off.

Then came the moment of truth. The crew needed every inch of that runway to take off, as you’ll see in the video, with many people from around the neighborhood coming out to witness it themselves.

Check out the full video below.