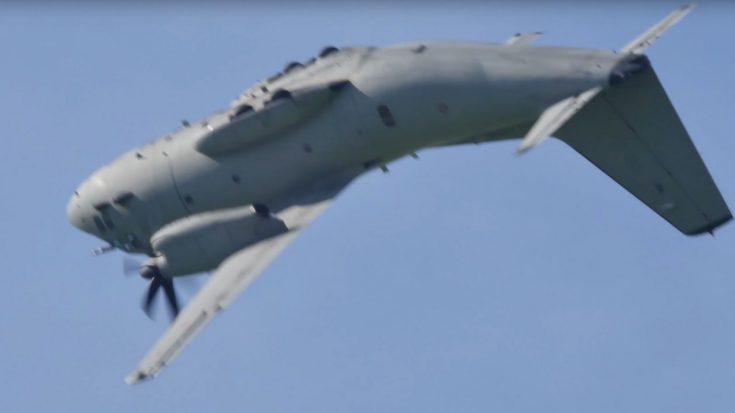 When it comes to large planes we usually think that they can’t do aerobatic maneuvers like fighter jets. Well this gigantic C27J Spartan just proved us all wrong. Apparently, big birds can fly with speed, grace, and even backflips.

The C27J Spartan is a relatively new military transport that made its introduction in October of 2006. Aside from transporting large cargo it also functions as reconnaissance, maritime patrol, surveillance as well as search and rescue. Only 82 Spartans have been produced in use by Italy, the United States and Australia.

That propulsion system is what sets it apart from other aircraft its size. The ability to move quickly is extremely useful because it gives the Spartan a chance to evade enemy attacks. A C27J Spartan made a surprise appearance at the Airpower 2016 Airshow in Zeltweg, Austria sending the crowd into disbelief. It gains lift quickly and flips effortlessly hence why it is so useful in combat for quick escapes.