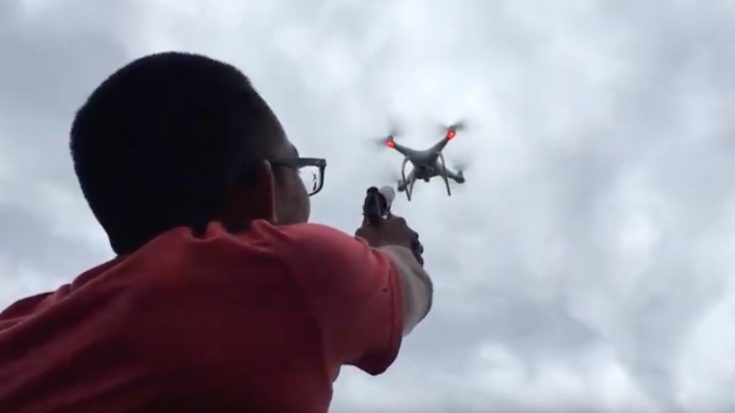 Following the Gatwick and Heathrow fiascos over the recent airport drone sightings, governments are taking a closer look at how they deal with drones.

Transport Minister Marc Garneau has just announced Canada’s set of new rules; and yes, droning while drunk is among the no-no’s on the list.

Starting June 1, 2019, drone operators using drones between 250 grams and 25 kilograms will need to pass an online test to earn a pilot’s license, have a registered number, be at least 14 years old, and most importantly, can be no closer than three nautical miles from an airport. And as for the drinking and droning, you’re supposed to wait a whole twelve hours after you’ve wet your whistle before you take to the skies again.

These rules apply whether the drone is operated for work, research, or fun. However, those who need to fly outside of the regulations can apply for a Special Flight Operations Certificate (SFOC). Anyone not complying can face some serious fines of up to $25,000 or face time in prison. Canada isn’t playing around!

Drones have the potential to improve lives and connect communities, according to Garneu. However, he’d like to remind drone users of the incredible responsibility they have to respect their environment.

As we can see with the incidents at Gatwick and Heathrow, it doesn’t take much for a situation to get entirely out of hand. It’s great that Canada is taking a proactive stance. But waiting 12 hours after your last drink? Really Canada? That’s comedy gold right there.