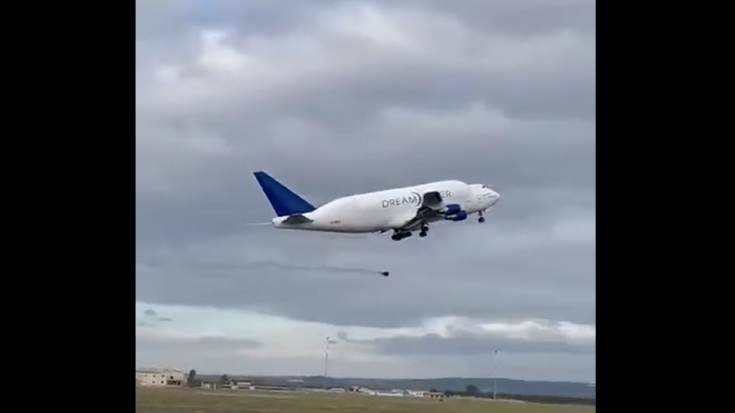 One Out Of Eighteen

This Boeing 747 Dreamlifter cargo plane lost one of its wheels during takeoff this week.

The aircraft still landed safely at Charleston International Airport with seventeen wheels intact. According to reports, the Dreamlifter lost its 270lb wheel after taking off from Taranto-Grottaglie Airport in Italy. The aircraft was carrying a Boeing 787 fuselage made by Alenia Aermacchi.

Atlas Air, the plane’s operator, hasn’t released the reason why the wheel suddenly detached from the plane. The rogue wheel was later found in a vineyard situated at the end of the runway.

The Large Cargo Freighter (LCF) is a wide-body cargo plane modified from the Boeing 747-400 airliner. These extensive modifications allow the Dreamlifter to carry three times more cargo than the 747-400F.