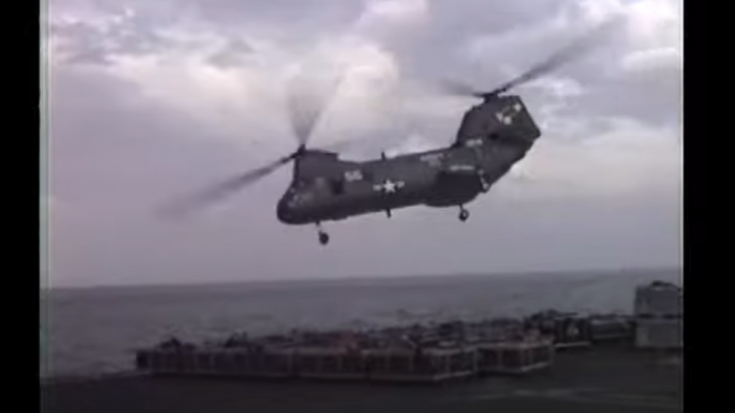 These CH-46 Sea Knights performing VERTREPs are like poetry in motion. The tandem-rotor helicopter looked like it was gliding in the air before gracefully stopping so the ground crew could hook the payload. These helicopters were part of the US Navy’s Helicopter Combat Support Squadron Eleven.

VERTREP or Vertical Replenishment is often performed to transfer cargo between ships using helicopters. One big advantage of this method is that it can easily replenish a nearby ship without making a ship-to-ship connection. In addition, ships without large decks or special equipment can effectively transfer palleted loads using VERTREPs.

With that said, who knew a helicopter that size can drift in the air like that? You wouldn’t want to miss this rare footage of the Sea Knights in action. Watch the clip below!