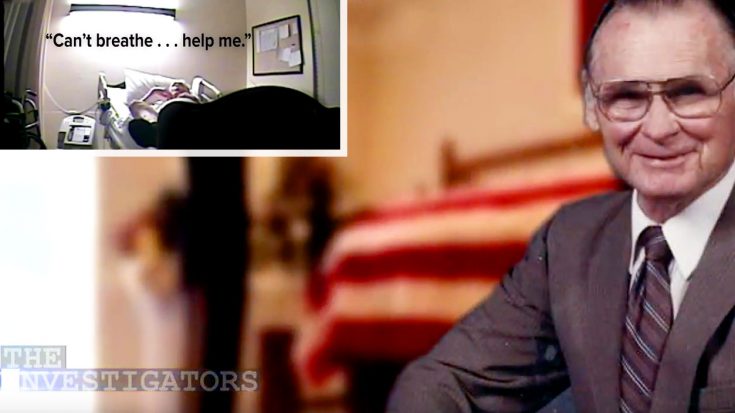 Two years ago, we showed you a horribly disturbing video of a World War II veteran who was placed in the DeKalb Nursing Home in Atlanta, Georgia and was ignored by three nurses while he struggled to breathe. You can read the entire story here, however, the simple facts are that the nursing home was abusive to many of their patrons, including 89-year-old James Dempsey.

Mr. Dempsey, a decorated veteran who served in the Navy during World War II, was placed in the home because his family could not care for him. When they visited him, however, they suspected neglect but couldn’t prove it. Determined to see what’s happening when they’re not there, they placed a hidden camera in his room. What they found was not only shocking but also became the key to his murder case.

The nurses not only ignored his cries for help as he struggled for breath the last night he was alive but also chastised him for pressing the help button too often. They then laughed at him as he lay dying, not showing any emotion except for annoyance.

It took almost three years of hearings and depositions but the DA, who you’ll hear below in the news clip, finally filed charges against the three nurses involved.

Here’s the footage of the DA’s charges.

Here’s the deposition of one of the nurses when confronted with her own actions in the hidden camera footage.