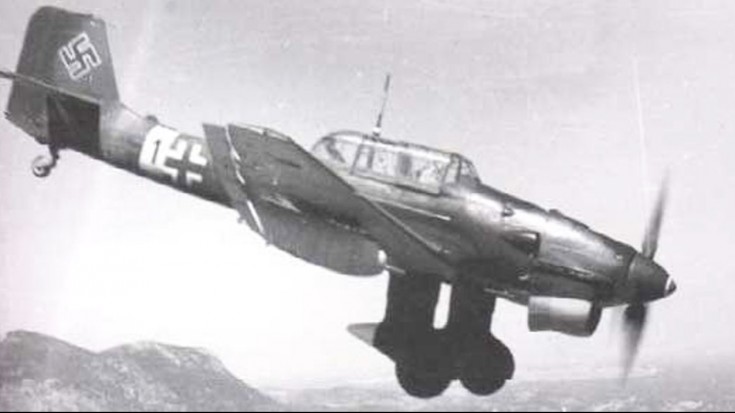 The Jericho Trumpet Was Meant To Hinder Enemy Morale

When thinking of Nazi Germany’s Luftwaffe during World War II, typically two planes come to mind, namely, the Messerschmitt Bf 109 and the Focke-Wulf 190. Those were the fighter and fighter bombers that did the brunt of the work during the war, however, the Junkers Ju 87s were used quite heavily as well especially in the initial attacks that started World War II.

On September 1st, 1939, 366 Ju 87s were deployed to Poland on a bombing mission that officially marked the beginning of World War II.

The Ju 87s were two-man diver bombers and ground-attack aircraft that were distinctive in design because of their inverted gull wings, just like the Corsairs which arrived later in the war (not comparing the Stuka to the Corsair.) Their air worthiness was truly tested in the Battle of Britain where faced against more modern fighters like the British Hurricanes and Spitfires, they performed poorly as they were slower and less maneuverable. The Bf 109s did a majority of the fighting as a result, with Ju 87 production being slowly phased out as the Luftwaffe was waiting to welcome their new fighter, the Fw 190, within the following year.