China Just Showed Its New “Carrier Killer” Missile – Should We Be Worried? 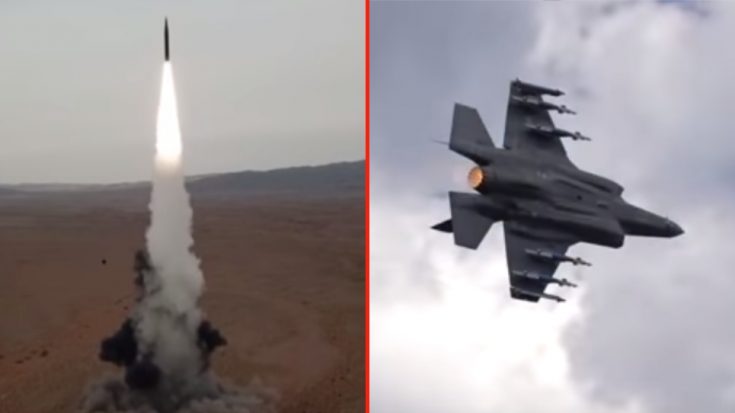 All About The Carrier Killer

China has just deployed its new DF-26 “Carrier Killer” missile and make no mistake, the act shouldn’t be taken lightly. While we don’t know everything about the DF-26, China hasn’t been shy about their intentions. With the video of the missile tests circulating, military experts are considering the weapon reveal as a direct warning to the U.S  regarding the Navy’s aircraft carrier encroaching presence.

Here’s a few things you should know about the Carrier Killer:

China-U.S. tensions are currently high. The U.S. has recently sailed two vessels through the Taiwan Straight, which China has repeatedly put pressure on the U.S. to not do based on conflicting interests with Taiwan.

Chinese admirals have even already requested to sink to sink the U.S. carriers. Needless to say, China isn’t happy.

But it doesn’t appear like the U.S. is about to back down. Instead, they’re preparing for the worst by loading up carrier based F-35 Lightning IIs to “beast mode.” The fully loaded (and boy do they look mean) F-35s would have the responsibility of shooting down the DF-26.

In full beast mode, they have 18,000 pounds worth of bombs and missiles in and under the wings.

Let that sink in for a second.

Take a look at the video below of the Carrier Killer’s test launch and let us if you think we should be worried or not.