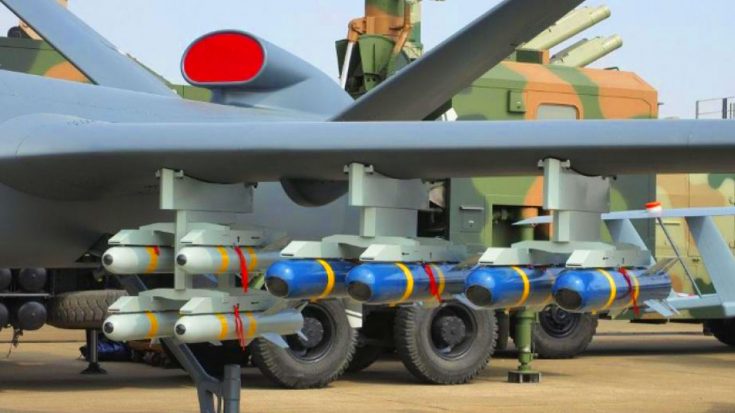 China’s National Airshow revealed a lot of technology that had been kept under wraps for several years. The J-20 fighter jet took center stage but they have another deadly ace up their sleeve, the CH-5 drone.

Details had leaked about an attack drone similar to current models, but this one is something completely new. The Caihong 5 is made of lightweight composite materials, flies at medium altitude and carries up 16 air-to-ground weapons.

“Another advantage is that the CH-5 is capable of making a joint strike together with its predecessors, the CH-3 and CH-4 because they can share the same data link and control system. Therefore, it is very easy for current users of the CH-3 and CH-4 to introduce and integrate the CH-5 into their drone network.”

The CH-5 looks pretty fearsome as far as drones go, and could be a lethal asset to their growing air force. Several countries such as Egypt and Iran have expressed interest in purchasing the latest Caihong attack drone. The Chinese Air Force claim that the CH-5 can also outperform USAF MQ-9 Reaper drone. While the drone is still in the prototype phases it is no less deadly, Ruptly has footage of the CH-5 from China’s National Air Show.