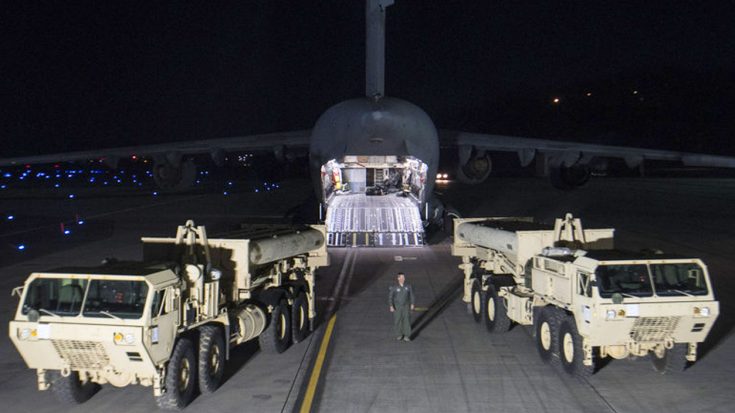 The United States and South Korea have a strong military alliance forged from a mutual struggle, but things aren’t going so well in the area. South Korea has been plagued by missile threats from North Korea for years on end and America is always there to help. The United States Military has deployed Terminal High Altitude Area Defense (THAAD) systems to South Korea but not everyone is thrilled about it as China threatens a new arms races.

As if North Korea wasn’t a big enough threat, now China has become hostile over the THAAD. These systems are purely for defense and against missile threats but China sees it as a potential act of war.

“[Beijing will] take the necessary steps to safeguard our own security interests. The consequences will be shouldered by the United States and South Korea.”

Tensions in Southeast Asia are rising to an all-time high as North Korea faces accusations of assassinating Kim Jong Un’s half brother, the impeachment of the South Korean President and following another North Korean weapons tests. As the American THAAD systems arrive at Osan Air Force Base in South Korea the intent was to diffuse an anxious situation but the tempers of the Chinese have begun to flare up. Video of the THAAD systems can be viewed in this video clip.