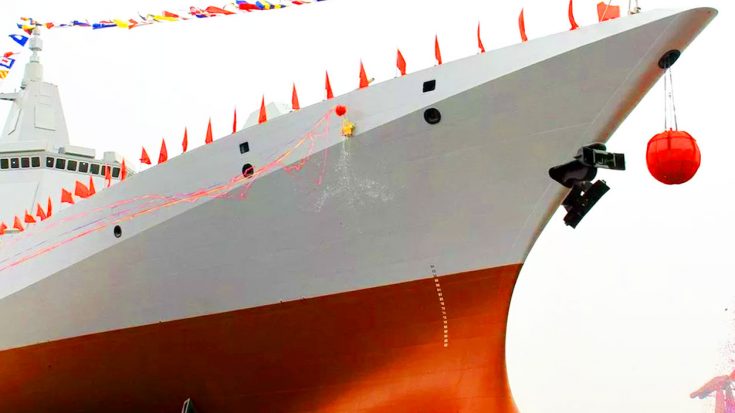 The Chinese Military has been flexing their power lately as they begin to overtake islands and construct bases for their navy. These disputed island territories are also claimed by Japan and the Philippines causing increased aggression between these already hostile nations. Now China has brought a new game changer into the fray with the introduction of the largest warship that an East Asian country has ever built.

“The Type 055 is a modern, multi-purpose warship, with four enormous Type 346X AESA radars and an integrated mast containing intelligence equipment, electronic countermeasures, and fire control radars. The radars are positioned around the superstructure to provide 360 degree coverage up to 500-600km away.”

The new Chinese Type 055 Guided Missile Destroyers are a whopping 590 feet long and displace 14,000 tons. The People’s Liberation Army Navy is boasting that the Renhai can fire missiles reaching targets within 100 nautical miles and is equipped with high-powered railguns. The launch of the Renhai missile destroyer can be viewed in this clip.