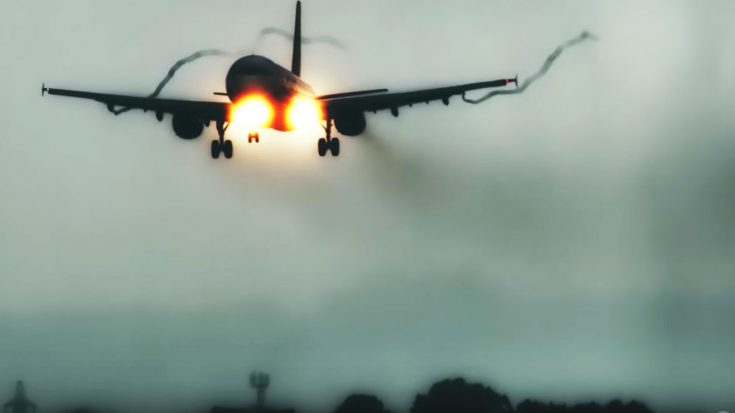 We found this incredibly interesting video on a youtube channel called flugsnug. This guy seems to be a plane spotter as his entire channel is filled with aircraft and he has a knack for focusing on not just the planes but what’s going on in general. He’s got some crosswind landings that would make you want to heave, a few hard landings, vapor cones and other nifty videos most of us wouldn’t mind watching all day. Check out his channel if you have the time.

This video we wanted to share with you folks, however, is particularly fascinating because we’ve never seen something like this before. Sure, we know what vortices are and we’ve seen them ourselves a few times, but two other things came into play here that make them look like they do.

Firstly, it was a rainy day so the water droplets and the condensation were partially trapped in the swirling air. Being a good (or experimental) cinematographer, he then played around with the contrast and found the best intensity to showcase this phenomenon. On some of the clips, he will actually show you the before and after shots so you get a sense of what you could see with your naked eye and what you got when you did a little bit of post-production tinkering.