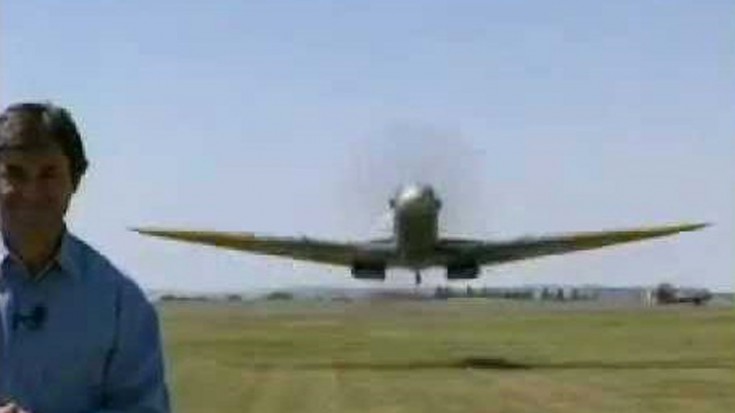 HAHA! You’ve got to see this one. You think having a mean Spitfire fly just over your head is going to be a good idea for a news piece? Well, apparently this reporter might have had second thoughts as he droped to the ground like a sack of potatoes. He probably could have gotten a nice haircut if he just stayed still. This is an oldie, but goodie out of Duxford, with the plane being piloted by the late great Ray Hanna.

As far as we know, use of profanity is prohibited in news reports 🙂

Man, one thing that you have to admit is how MEAN that thing sounds when it flies by! What an incredible piece of machinery that is! There is nothing like a that Rolls-Royce V12 Merlin!!