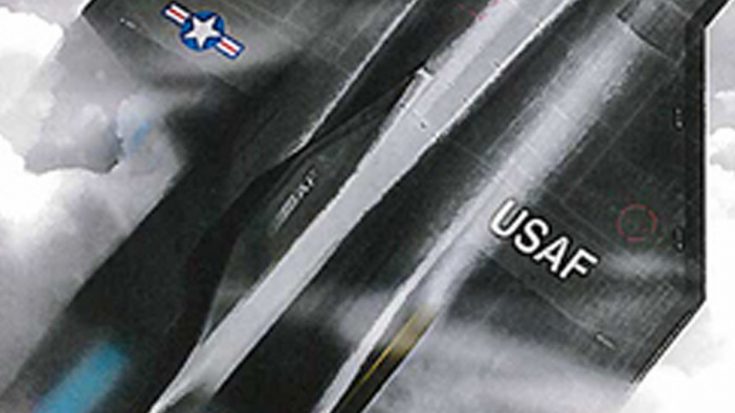 The SR-71 long reigned supreme as the world’s fastest jet, but its time has passed and it was retired in 1998. Creative minds are never ones to let a good idea go to waste and the teams at Lockheed-Martin’s legendary Skunkworks division are working on a successor, the SR-72.Although the development teams are being very tight-lipped about the SR-72 some of the contractors involved don’t have that obligation.

DARPA revealed that Aerojet Rocketdyne has taken on the duties of creating the engine for the hypersonic aircraft. The project is known as the Advanced Full Range Engine (AFRE) program and will be a revolutionary turbine-based cycle system.

The picture above reveals the process of the engine, although it is merely concept art and not a finished product. There have been some rumored sightings a miniaturized demonstrator version of the SR-72 at the Skunk Works facility in Palmdale. Officials won’t confirm these rumors but they will speak openly about the development process of this powerful engine.

“Other technical challenges include thermal management in all propulsion phases; integrated propulsion and transition control; matching mass flows through the different flowpaths; achieving combustion stability in the DMRJ; restarting the turbine engine at high speeds and dynamic pressures; and the ability to scale the TBCC design up to power full-size hypersonic vehicles.”