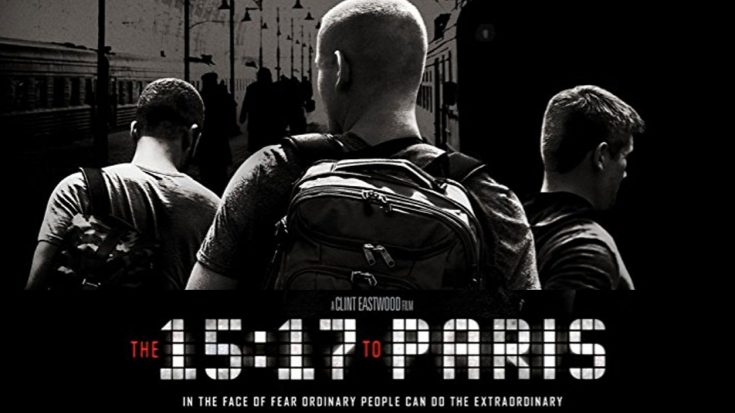 Another Great Movie To Look Forward To.

Legendary Clint Eastwood is back in the director’s chair working on what might be the next classic American movie. This time, he’s tackling the heroic true story of Spencer Stone, Anthony Sadler and Alek Skarlatos who were on a French train when it was being hijacked.

We don’t want to spoil the movie and give away the entire story, although Stone has been in the news many times because of the actions he took once the gunman entered his train car. If you know it you know it, but either way, watch the trailer to see what the movie will look and feel like.

As a side note, this movie is particularly interesting because Clint chose to cast the three men mentioned above to play in the movie. They had no acting experience but if you scroll down below, the short clip will explain Clint’s reasoning behind the decision. It’s actually quite refreshing.

Here’s the trailer for the official movie which is due to come out on February 9th.

And here’s a short clip from behind the scenes of the movie. Clint Eastwood talks about why he chose the actual men who were there and not regular Hollywood actors. It’s a really interesting watch.