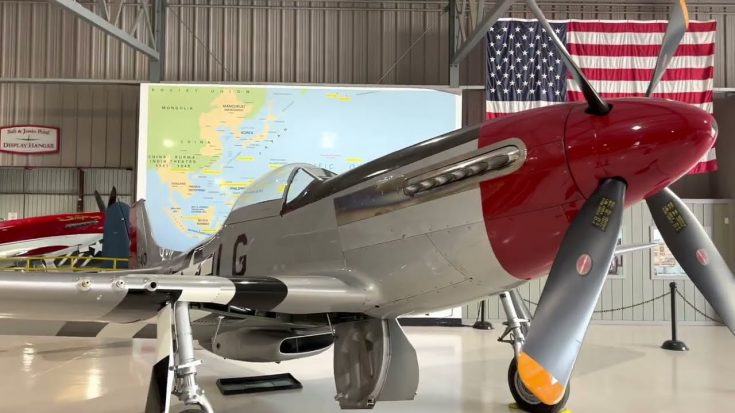 Tom Cruise’s P-51 Mustang looks very well-maintained judging from this video alone. According to one of the staff, Cruise’s Mustang is designed and rebuilt into the more-iconic D model. Originally, his P-51″D” was built as a P-51K and was used as a photo-reconnaissance fighter plane in the 1940s. There isn’t much difference between the D and K models though.

His Mustang is still airworthy as of today and it is currently one of the only few airworthy P-51K Mustangs in the world. It spends the majority of its time in the hangar of the Planes of Fame Museum in Chino, California.