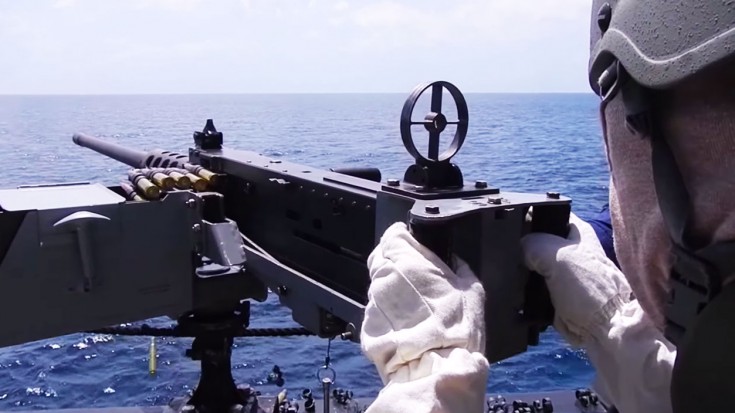 Now Imagine A Thunderbolt Coming At You Firing Eight Of These!

This video shows the U.S. Coast Guard training the Dominican Coast Guard how to use an M2 Browning machine gun. Though shooting from a boat, these machine guns have seen a lot of action in the air.

Developed at the end of World War I, it is still used to this day because of its power and great design. They were first used during World War II and were so effective that various military forces used them in the Korean War, Vietnam War, Iraq and the War in Afghanistan.

Here’s a partial list of World War II planes that used the M2s:

Designed by John Browning in 1918, the M2 Brownings were introduced to the armed forces in 1933. Using a .50 cartridge, this machine gun can cause significant damage. Equipped on planes and military ground vehicles alike, their caliber and rate of fire are extremely effective against infantry, lightly armed military vehicles and strafing aircraft. It is the second longest used weapon in the United States small arms inventory, and is currently manufactured by General Dynamics and U.S. Ordinance.