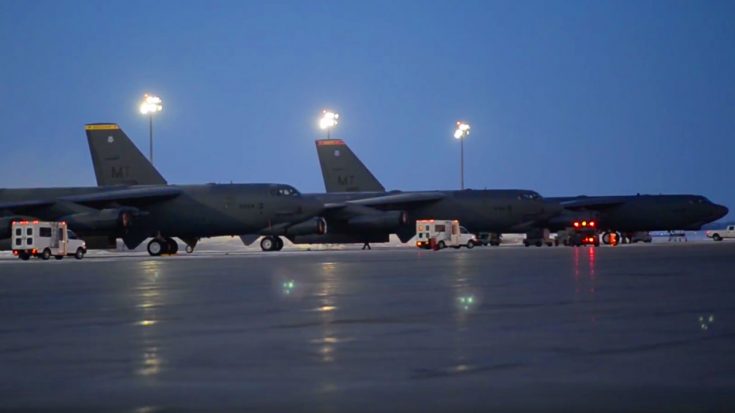 The Boeing B-52 Stratofortress is easily the world’s most recognizable bomber aircraft. For over 60 years these massive jets have pummelled enemy war zones with countless bombs. Now squadrons of B-52s from Minot Air Force Base will be deployed to the middle east for the first time in 12 years to combat the forces of ISIS.

“The B-52 is a long-range, heavy bomber capable of flying at high subsonic speeds at altitudes up to 50,000 feet. Updated with modern technology, it can perform a variety of missions and is capable of dropping or launching the widest array of weapons in the U.S. inventory.”

“The B-52s are heavily engaged in bringing the fight to the enemy.”

In the following video clip you can see B-52 bombers from Minot Air Force Base being readied by their crews for their next combat mission against ISIS in the Middle East.