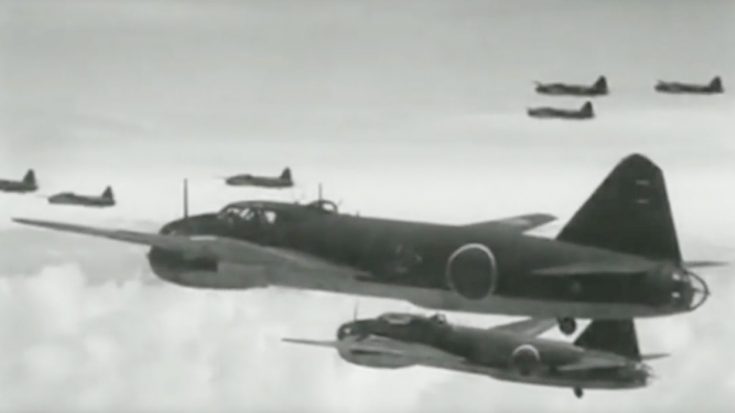 Flight Of The Rising Sun.

During World War II the Japanese Air Force gained superiority thanks to the power of the Mitsubishi A6M Zero. While the Zero was a great fighter but it was only one of a wide array of Japanese aircraft. The Japanese Air Force used over 60 different aircraft during WWII which include 17 types of fighters, 12 attack aircraft, 8 bombers, 14 reconnaissance aircraft and 18 trainer planes.

The establishment of such a strong air force came from the Second-Sino Japanese war as Japan sought to conquer East Asia. When military officials such as Hideki Tojo and Admiral Isoroku Yamamoto seized power from the Emperor they ordered the attack on Pearl Harbor in an attempt to prevent American intervention from their campaign in the Pacific. The attack caught the Americans off guard because they never assumed that the Japanese would be capable of creating such effective aircraft. The resulting attack brought the Second-Sino Japanese War and the United States into World War II.

“I fear all we have done is to awaken a sleeping giant and fill him with a terrible resolve.”

The wide array of powerful Japanese aircraft would not help Japan claim victory. It stems from picking a fight with an opponent that was far too powerful to defeat. Though you have to give credit to the Japanese for making such a great selection of aircraft during World War II. Sadly not many of those beautiful aircraft survive due to this use in kamikaze attacks. The footage that follows shows Japanese aircraft in various uses during the war, some rarely seen elsewhere.