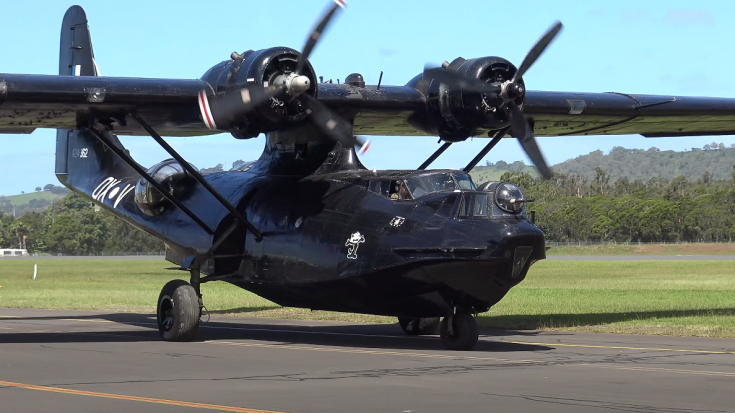 Dust aside, this flying boat looks as good as new with its stellar black paint and cool decals. The engine seems to be alive and well judging by that startup. In addition, its massive wingspan really stands out on the runway.

Catalinas were used extensively during WWII because of their wide array of capabilities. This particular one was built in 1945 in New Orleans. It was then sold and used in Chile by several different companies. After the war, its main use was as a water bomber.

After a long history of firefighting, it was restored as closely as possible to the “Black Cats” of WWII. For reference, the Black Cats were special squadrons that were sent to do night bombing and strafing missions against the Japanese vessels and warships.