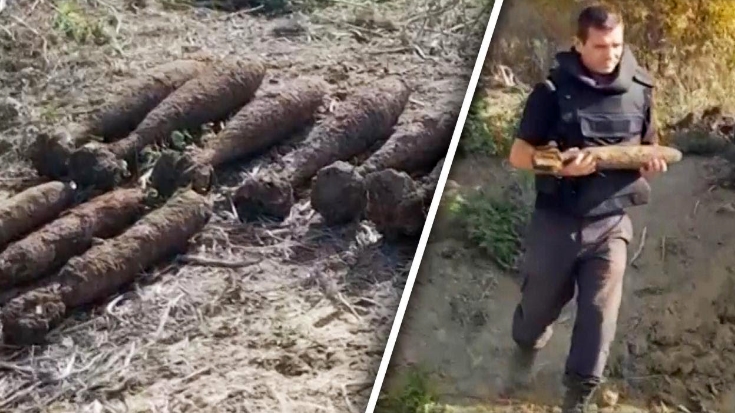 Recently, a construction crew in Romania was conducting a routine excavation operation dug up something unexpected. One of the construction workers had suddenly unearthed an undetonated bomb from World War II.

Construction came to a halt as bomb squads quickly came on the scene to assess the situation. After a day of searching, the teams discovered 14 undetonated munitions buried in the Earth. Romania doesn’t exactly have a much a reputation for battles in WWII, but there is a story behind these bombs.

During WWII, Romania was a contributor to The Third Reich, providing much of their oil reserves. This, in turn, painted a bullseye on Romania’s oil fields, which American bombers set their eyes on. In June 1942, 13 B-24 Liberators set off to bomb Romania’s oil refineries, making this the first American bombing in Europe. Bombings would resume and in August of 1943 during Operation Tidal Wave and against and again in April 1943.

Fortunately, the situation was handled quickly and efficiently without any injuries or deaths. This is hardly the first time, undetonated bombs have been found and not likely to be the last. The film of the bomb excavation can be viewed in this clip.