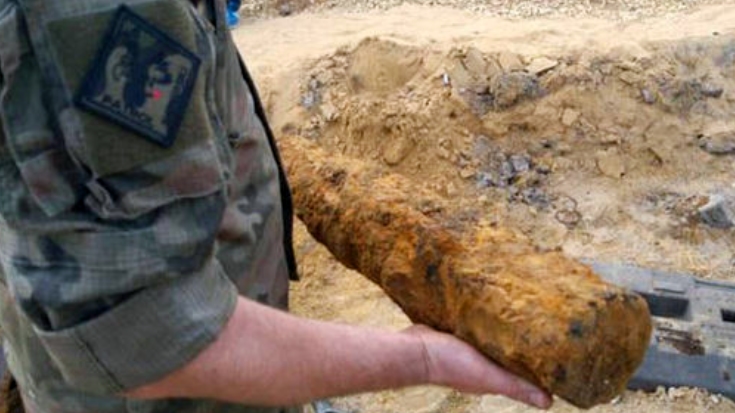 The town of Mikolow, Poland was no stranger to military activity during World War II. The city was occupied by German forces and it seems that more of their presence remains there than previously thought. A construction dig uncovered well over 2,000 pieces of gear from German troops.

There are a variety of lost German artifacts including helmets, bottles, gas masks, weaponry and bombs. Truth be told, there are well over 1,000 bombs leftover at the site.

“We are dealing with a stockpile of weapons that are more dangerous now than 70 years ago.”

It is believed that these items were abandoned by the Germans as the Allied Forces advanced on their position. Bomb squads were called in and successfully detonated the leftover munitions. The remaining artifacts will be researched and some may even be put on display in local museums following their examination.

A local news station covered the even in this clip, you can see the long-lost artifacts they uncovered as well as the authorities handling this rather tense situation.