Corsair Aerobatics At Their Finest 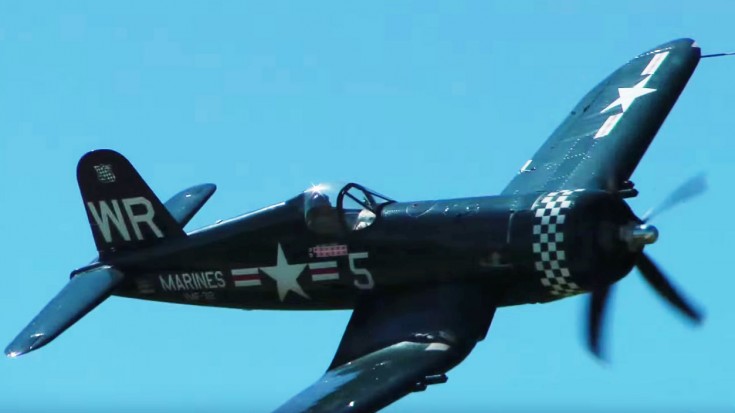 Simply The Most Beautiful Corsair Aerobatics Ever.

These great Corsair maneuvers were caught during the 2014 Wings Over Waukegan airshow in Illinois. Equipped with an HD camera and possibly a great microphone, the cameraman captured the Corsair as she rolled and looped, but also caught that rough radial sound as well. These are probably the two most important ingredients when it comes to making a great airshow video. The third is the pilot, so with expert pilot Dave Folk behind the stick, you’ve got yourself a show to remember.

This F4U-5N Corsair was built in 1947, with the N in its designation meaning ‘nightfighter.’

Built in 1947, the Corsair in the video obviously did not see any combat during World War II, but she had a ground-attack role in 1969 however. After being shipped to the Honduran Air Force, she was used against El Salvador during the ‘Football War,’ in which both Corsairs and P-51 Mustangs were used in air combat. This four day conflict, which was essentially caused due to immigration issues, left over 3,000 people dead on both sides.