Corsair And Her Pilot Fly As One: Awesome Maneuvering 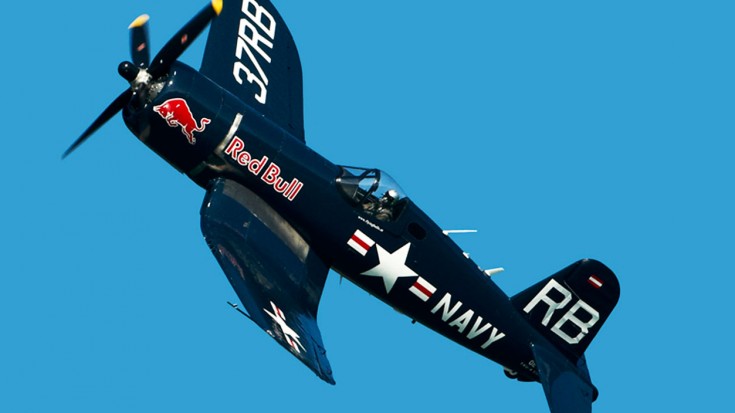 This Meticulously Restored Corsair Can Still Pull 4.5G After 70 Years

This great footage was pulled from the Flying Legends Airshow in 2013. This particular Corsair is the F4U-4 model which was introduced to World War II combat in late 1944. They had big improvements over their predecessors. Their engine performance was boosted by 350 horsepower and their propellers were switched to feature four blades increasing their top speed to 448 mph. For protection, their windscreen was reinforced to offer the pilot more safety and visibility in case of impact.

These are the World War II planes brought back to life by Red Bull:

The above mentioned planes were built between 1944 and 1945. Red Bull, which sponsors numerous extreme sports, has taken upon themselves to restore a few warbirds. They sponsor one of the biggest air races in the world, so it was only natural for them to start getting into the historical side of aviation. In our circle there is much debate over whether it’s appropriate for them to put their logo on these World War II birds. In our opinion, without ruffling any feathers, as long as someone spends the millions necessary to get these girls back in the air and flying, that’s just fine with us.