Corsair Buzzes As Low As She Wants At A Private Show 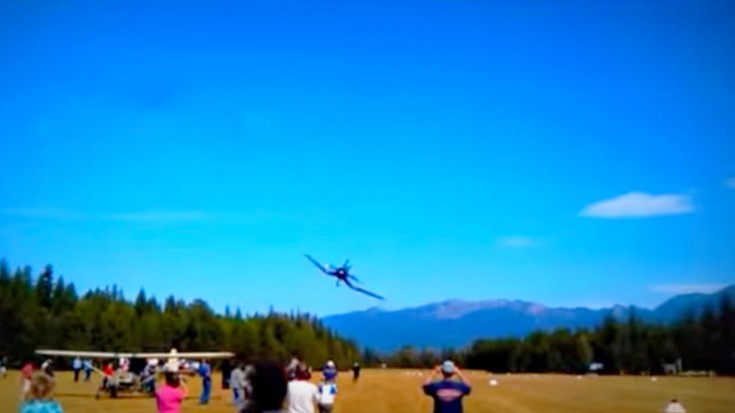 Did You See That? If Not, You Definitely Heard It Though!

Treat yourself to not one, but two super fast, super low flybys. This Corsair pilot probably had only one thing in mind, and that was to give his spectators the biggest thrill he could. A job well done in our opinion. The Corsair, viewed by many to be one of the finest fighter aircraft to participate in World War II, is quite a treat to see even in a museum, let alone buzzing your head like in this video.

Although designed for the United States Navy, the Corsair will always be considered a U.S. Marine Corps fighter

Originally developed for the U.S. Navy, the Corsairs failed to meet their strict requirements. Unable to make safe landings on carriers, they Corsairs were passed off to the U.S. Marine Corps and served mainly in the Pacific Theater. Once there, they performed exceptionally well. By the end of the war, the Corsairs flew over 64,000 sorties for both the Marine Corps and the Navy (once their landing issues were remedied). Their pilots claimed over 2,000 air combat victories with a kill ratio of 11:1, making them quite formidable opponents.