Corsair Pilot Lands On Deck And Then This Happens… 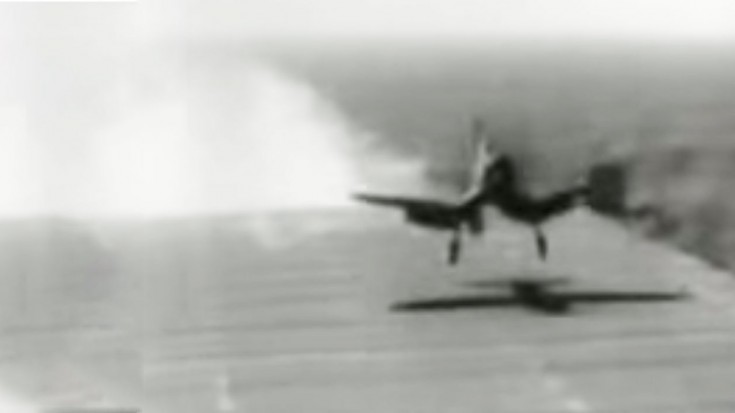 To Say This Is Bad Luck Would Be An Understatement

The Vought F4U Corsair was designed specifically for the United States Navy, as a good carrier based aircraft was needed in the Pacific Theater. Although a great plane when it came to dogfighting and bomb dropping, the Corsairs failed to do their designated job in the beginning. Their landing gear was troublesome when it came to carrier landings and their propellers didn’t have enough clearance as well. These issues were fixed as different variants of the Corsairs rolled out of the factories later in the war.

The role of a carrier based warplane was filled by the Grumman F6F Hellcat, while the Corsairs served mostly in the U.S. Marines in land based attacks

Amazing fighters, the Corsairs tallied up an 11:1 kill ratio in the air. Though used by the British Navy later in the war, their landings were still quite troublesome, but their effectiveness in the air outweighed the cons. In this video however, the pilot was in for some bad luck. He lands his Corsair on the deck a bit rough, but solidly touching down. This motion made its one remaining bomb (probably hung up during combat) detach from the wing, and explode on the deck! Now that is some bad luck.