Crash Of The Concorde: Up In The Sky, Down In Flames 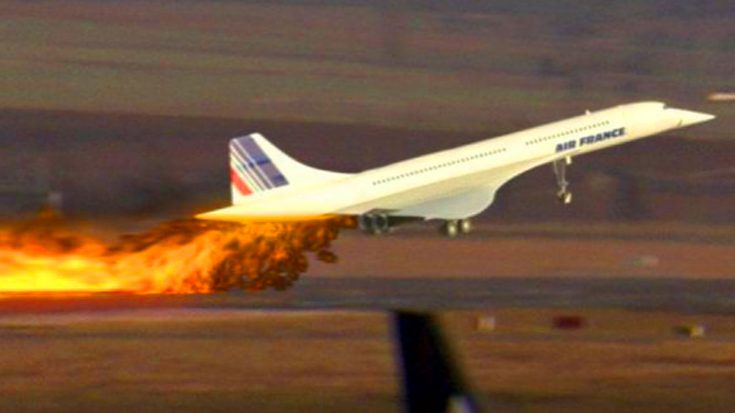 Once upon a time, the Concorde was the most luxurious commercial airline that a passenger could fly on. But after a tragic disaster, the idea of a supersonic airliner went down in flames. It was a plane crash that shook the world and took down an innovative jet, so what exactly went so horribly wrong?

Only 20 of these supersonic airliners were built and were exclusive to Air France as well as British Airways. For a hefty price tag, the Concorde could take passengers between Europe and the United States in a matter of hours. This luxury airliner was the envy of many jets, until the crash of Flight 4590 on July 25th, 2000.

The jet began a takeoff hitting the necessary speed for flight, but within moments the Concorde had caught fire, crashed into a hotel and leaving over 100 people dead. The initial cause of the Concorde’s crash was thought to be from a tire blowing out after running over a strip of metal, which resulted in the fuel tanks losing exploding. However, there are others who claim that other factors caused the destruction of this infamous luxury airliner.

“The plane went down not because of any fire, directly, but because it was flying too slowly; it was several tons overweight and beyond its aft center of gravity limit; two of its four engines were damaged or erroneously shut down.”

The Concorde program never fully recovered from the media fiasco that ensued and eventually went under in 2003. In this clip, several staff members from Charles De Gaulle Airport examine the details of the horrific crash they witnessed on that day.