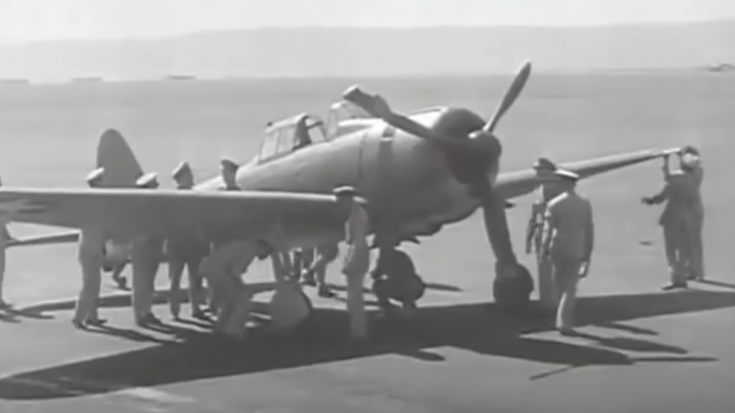 In 1942 when the United States began their confrontation against the Japanese they were in for an uphill battle. Americans deeply underestimated the capabilities of the Japanese and struggled to keep pace with them in combat. Mainly their area of concern was the Japanese A6M Zero which was able to outmaneuver American fighters in the Pacific Theater of War.

The Japanese knew that the American Navy still presented a threat to their conquest, so they targetted another Naval Base. On June 2nd, 1942 the Imperial Japanese Navy launched an attack on the American Navy Base in Dutch Harbor, Alaska. Japanese aircraft carriers dispatched a group of 44 fighters and bombers to assault Dutch Harbor. An A6M Zero pilot named Tadayoshi Koga was hit with fire from an American infantry unit and his plane began to malfunction.

Koga steered his Zero away from the battle and made emergency maneuvers for an emergency landing. He found the island Akutan some 25 miles away and deployed his landing gear. Koga didn’t know that the swampy terrain of Akutan was unsuitable for landing and it caused his Zero to flip over, breaking his neck instantly. Some other wingmen witnessed Koga’s crash and though to destroy the Zero but decided against it out of concern that he might still alive. That single mistake would lead to the downfall of Japan’s aerial superiority.

A month later American PBY Catalina surveying the area spotted the downed Zero on Akutan island. Returning with a crew to salvage the fighter, they found that it was still in remarkable condition from the soft terrain. They took the Zero to an American Naval Air Station in San Diego, so study its strengths and more importantly its weaknesses.

“The very first flight exposed weaknesses of the Zero which our pilots could exploit with proper tactics … immediately apparent was the fact that the ailerons froze up at speeds above 200 knots so that rolling maneuvers at those speeds were slow and required much force on the control stick. It rolled to the left much easier than to the right. Also, its engine cut out under negative acceleration due to its float-type carburetor. We now had the answer for our pilots who were being outmaneuvered and unable to escape a pursuing Zero. Go into a vertical power dive, using negative acceleration if possible to open the range while the Zero’s engine was stopped by the acceleration. At about 200 knots, roll hard right before the Zero pilot could get his sights lined up.”

Amazing a single discovery can turn the tides of war and allowed the Americans to improve their combat tactics in Pacific. This video covers a deeper history of the Akutan Zero and how it impacted WWII.