Crew In The Cockpit STILL Tried To Save Impossible Situation 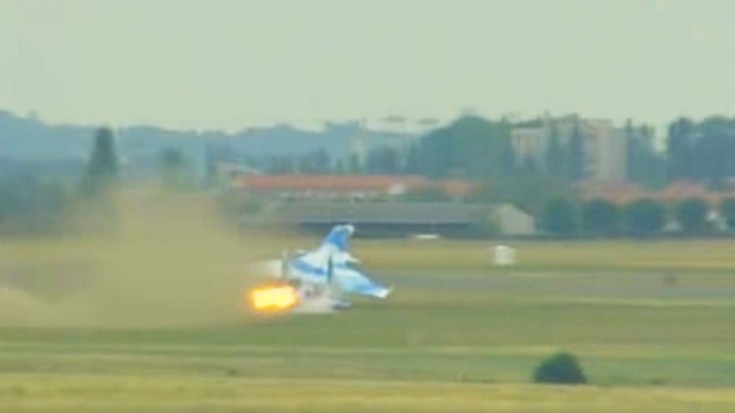 Many Would Have Punched Out Way Before That.

Sukhoi Su-30s are considered one of the most maneuverable aircraft in the world. Developed from a long series of aircraft by the same designation, they prove to be quite formidable enemies in the sky.

This is why they’re used by the Russian Air Force during air shows. Able to perform maneuvers such as “the cobra,” these things are just a blast to watch.

Things don’t always go according to plan however.

While perusing the internet, we actually uncovered that some people actual think a UFO caused this crash.

During an airshow in France in 1999, the last series of turns didn’t go too well for the Su-30 pilots. Losing speed and altitude after performing a loop, the plane actually hit the ground and dragged its tail on the grass. The pilot tired to regain altitude by engaging his afterburners, but as the plane gained a bit of height it went nose up and stalled. It was time for them to eject.

Got to hand it to those pilots though. Interviews with spectators revealed that almost immediately after the crew landed after punching out, they lit up cigarettes as they watched emergency crews put out the fire. Just another day at the office it seems.