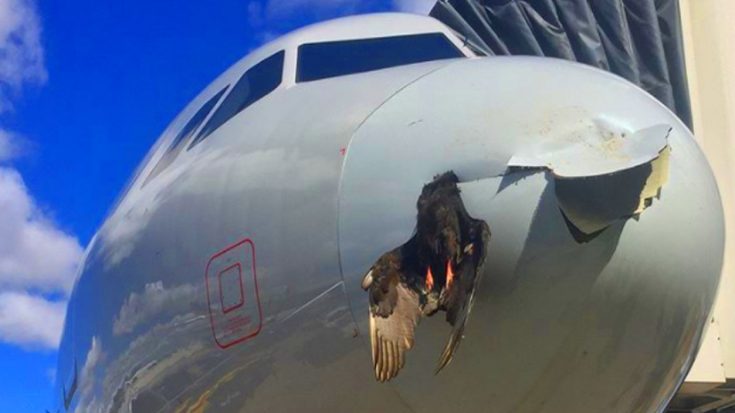 Out Of Thin Air.

Airliners are often considered the safest way to travel thanks to the efforts of skilled pilots and crews. Even the safest of flights can suffer freak accidents that can possibly endanger the lives of the hundreds of passengers aboard the flight. An airliner recently suffered damage to its nose and teams are stumped as to what caused it.

American Airlines Flight 1498 was departing Mexico City destined for Miami, Florida when it had to be grounded. The none of the passengers or crews were injured but there was damage to the nose of the airliner. Afterward, hoards of people went to investigate the damage to the aircraft but as you can see from the image below there doesn’t seem to be a clear indication of what caused it.

“The flight landed safely and taxied to the gate. The aircraft was taken out of service, and our maintenance team repaired the radome.”

The damage was not as extensive as previously thought and the airliner will be returning to service soon. It remains a great mystery as to what could damage the plane in such a way. The film of the incident can be seen in this clip, what are your thoughts on this mystery?