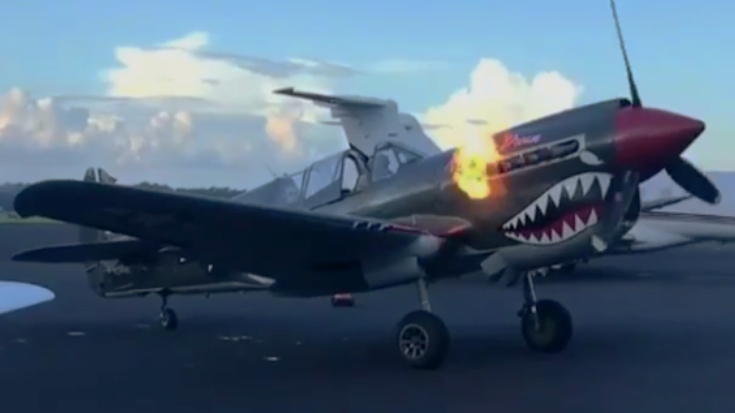 From a mile away you can see those vicious shark teeth and there is no doubt that you are staring down a P-40 Warhawk. The weapon of choice for the legendary Flying Tigers still remains an icon all these decades later. Warbird fanatics still know the sheer power of the P-40, witnessing history as it roars to life.

The Curtiss P-40 Warhawk started off very strong in the late 1930s as the Flying Tigers led their assaults against Imperial Japan’s invasion of East Asia. It was a durable fighter and ground attack aircraft that got the job done. However, its low speed prevented it from being as competitive as it could and the US Army Air Force began to adopt other fighters in its place.

In total over 20 nations used the P-40 in their Air Force and it stayed operational until 1954. These days the P-40 still makes occasional appearances at airshows, much to the joy of its adoring public. Anyway, enough with the fun facts, go watch this P-40 roar to life and check out those flames.