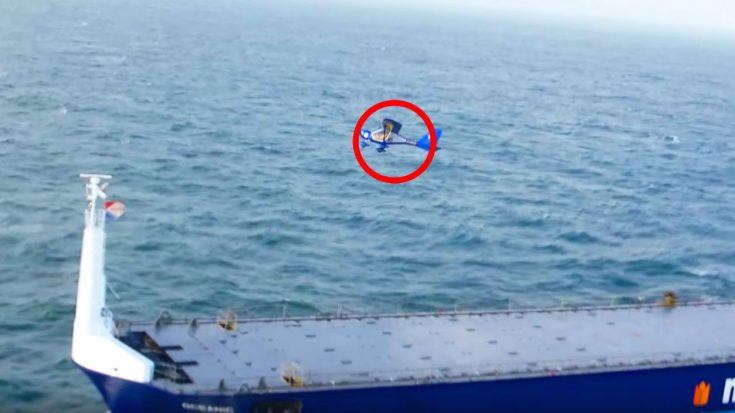 Gotta Hand It To Him Though.

We’ve seen some impressive videos in our time, but never ever something like this. Seriously, tell us we’re wrong. Although there is that story about the Harrier pilot who landed on a freighter when he got lost at sea, at least his plane could hover. Landing this little thing is not exactly the same although it was pretty much hovering due to its weight.

The plane used to accomplish this feat was a Foxbat A22, a Ukrainian-built ultralight aircraft.

So we’re not exactly sure how this came to be. In the video, you see other planes, mostly Cessnas, filming the whole event so it had to be planned. How the pilot and the cargo ship crew got around maritime and other laws to do this is beyond us. That doesn’t matter however. It happened and it was really impressive.

According to the description, the ship was going about 9 knots with a true windspeed of about 14 knots. The deck of the ship was about 350 feet but believe it or not, this pilot didn’t need even a quarter of that length.

The Foxbat he was flying weighs just over 500 pounds on its own, so at those wind speeds in could pretty much lift straight off the ground. That doesn’t mean that it’s an easy feat to accomplish however. Check it out.