David Niven Explains How He Got An Iron Cross in WWII 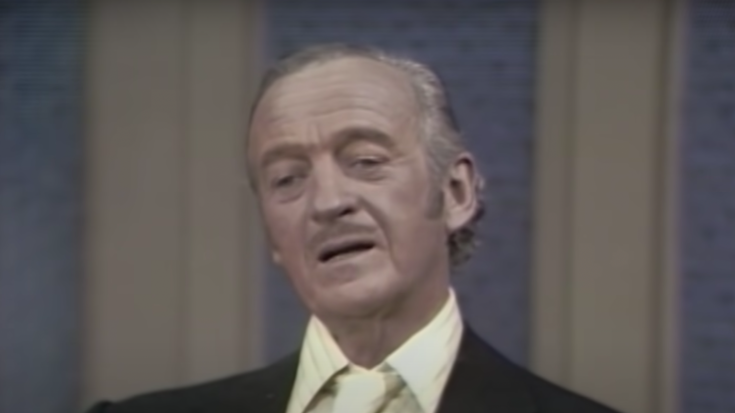 When WWII began, it was an easy decision for Niven to leave his storied Hollywood career to serve his country.

3 days after the invasion, Allied forces were expected to cross a small bridge. It was heavily bombarded by mortars so the Allies had put holes in it for soldiers to go inside.

In order to boost the German troops’ morale, Germany decided to give out Iron Crosses to its defenders. It got to the point where they ran out of crosses to give.

His friend, a Broadway critic, got a bag’s worth of Iron Crosses after Germany ordered to drop bags of it using fighter planes.

When Niven was hiding inside one of the holes, he saw his friend McCain. His friend offered him a bag’s worth of Iron Crosses after which he then wore as a gag.