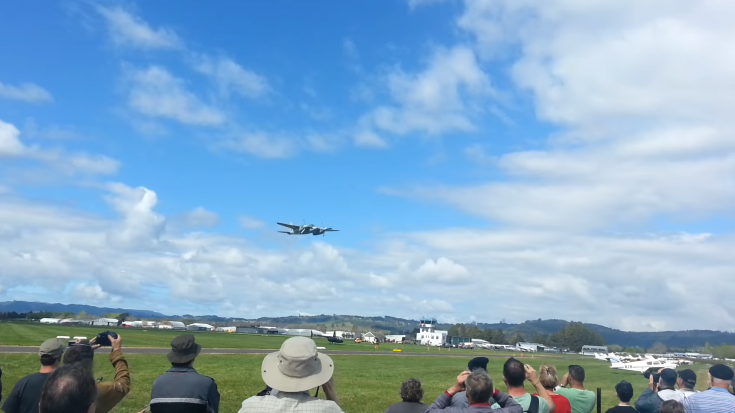 Thousands of warbird enthusiasts gathered at the Ardmore Airport in 2012 to watch this de Havilland Mosquito take flight. September 27, 2012, marked the first time a WWII-era Mosquito flew in sixteen years.

This aircraft was built late in the war and did not see combat service. It was struck off from the registry in 1948 after being sold to a farmer in Milo, Alberta, where it stayed for the next 30 years.

The owner, Jerry Yagen, spent millions on the restoration project by Avspecs in New Zealand. It took over seven years to rebuild the model from the ground up – a drop in the bucket from the many years it spent laying dormant.

Today, this Wooden Wonder is still airworthy and is one of the most prized possessions of the Military Aviation Museum.