The Deadliest Gunship Is Getting A New Weapon 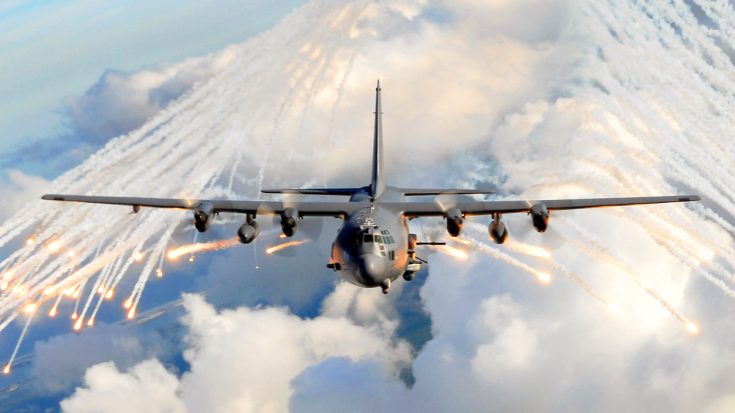 The AC-130 is more commonly known as the “Angel of Death” because it terrorizes the terrorists. There are not too many threats that can stand up to the powerful arsenal this advanced gunshop. As fearsome as the AC-130 is already it is being prepared for another major weaponry upgrade, laser cannons.

What was once science fiction could soon be science fact as a budget plan was outlined to integrate laser weaponry to in the AC-130 gunship. While still in the development phases high-energy laser technology may be integrated as early as 2020.

“There have been efforts that have fallen short because of technology in the past. We want to be mindful of that going forward and that’s probably what you’re picking up on. I think it’s technology worth pursuing.”

“I think that while it’s a gunship effort now, we have to keep our eye on what technologies continue to develop that would place that and any other types of these technologies on other airframes as well.”

If all goes as planned, laser cannons could eventually replace the AC-130’s 30mm guns. The CV-22 Osprey was also outlined in the plans to be outfitted with laser upgrades as the project moves forward. We Are Mighty addresses these recent developments in the following clip.