Decades Of Air Superiority: The Mustang, Falcon and Raptor! 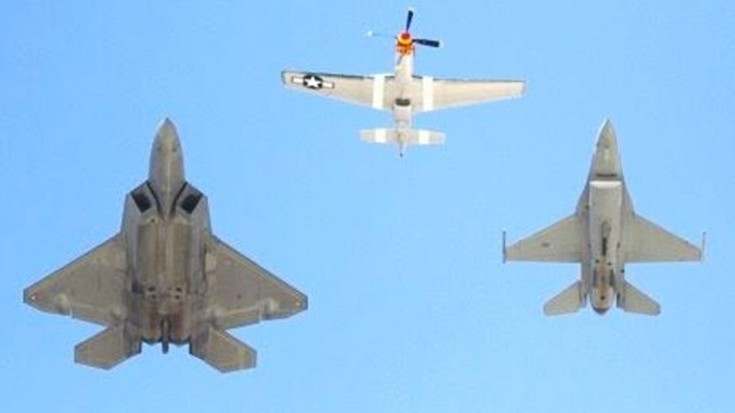 Which One Got The Loudest Applause? The Mustang!

This amazing footage was shot at the M.C.A.S. Miramar Heritage Air Show in 2010. The Miramar Air Show is a multi-day long event in San Diego that showcases the aviation history and is regarded as one of the best shows to see in the U.S. This particular Heritage event incorporated World War II planes as well, and what better plane to pick than the P-51 Mustang. A great fighter plane used as a dogfighter, fighter-bomber and escort, the Mustang has a special place in aviation history.

Quick fact sheet about these planes for you reading pleasure:

In this clip, the Mustang goes wing to wing with these much more modern planes, the F-22 Raptor and F-16 Fighting Falcon! It’s great to see them fly side by side to put in perspective how far technology has come. All three of these flying wonders are or use to be kings of the sky when they were built, setting the bar high for any air force trying to match their capabilities.