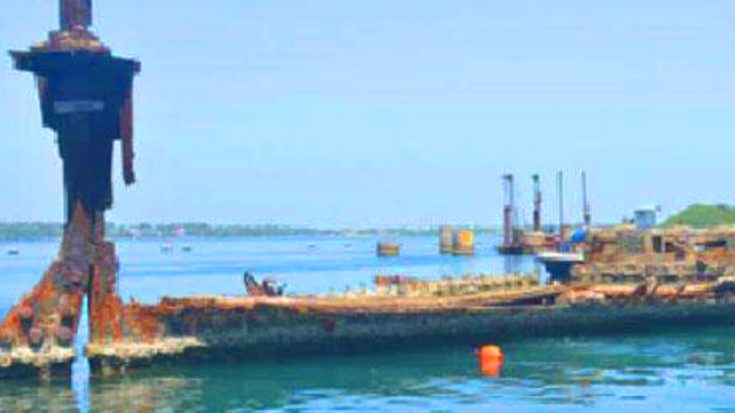 During WWII the SS Sagaing was sunk by Japanese bombers off the coast of Sri Lanka. The massive vessel has remained on the sea floor of Trincomalee Harbor for 76 years essentially acting as a pier to access other ships. However, after all this time the Navy of Sri Lanka has finally decided to take action and raise the SS Sagaing from its watery grave.

In its heyday, the SS Sagaing served as a passenger ship and cargo for Great Britain. As the war raged in the Pacific this ship was utilized for transporting aircraft and ammunition for the Allied Forces. Sadly it’s vital role for the Allies ended up making it a gigantic target for the Imperial Japanese Navy.

It took five months for the Sri Lanka Navy to raise the mighty cargo ship from the depths. The intensive dewatering process and movement of the ship will clear areas in the harbor for easier access to incoming vessels. The film of Sri Lanka Navy raising the SS Sagaing can be viewed in this clip.