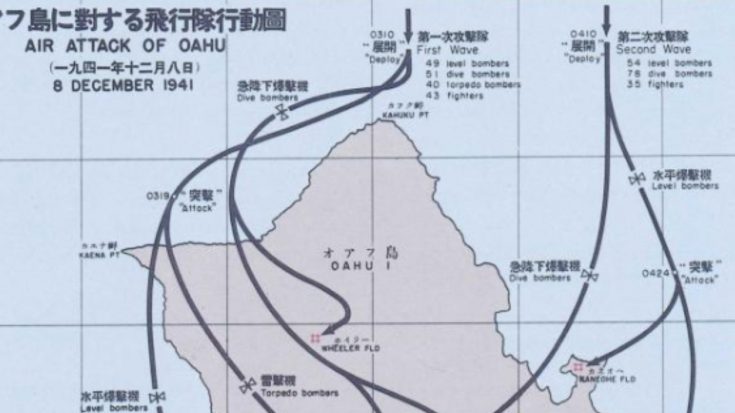 (Department of the Army)

December 7th, 1941 began as a peaceful morning in paradise, but peace was shattered with the sounds of bombs erupting. Over 2,400 people lost their lives in the attack and thrust the United States into World War II. The US Navy was caught off guard and the Department of the Army has revealed how Japan plotted their strike.

The attack on Pearl Harbor was planned by Admiral Isoroku Yamamoto with the most careful of detail. He objected to attacking the United States, after spending time there and knowing American capacity for military industrialization. However, he was overruled by superiors and plotted the best way to strike Pearl Harbor. Carefully planted spies relayed the location of the Pacific Fleet to the Japanese consulate and provided maps.

On November 26th, the Imperial Japanese Navy set out through areas prone to winter storms, avoiding paths from reconnaissance planes. The vessels refraining communicate via radio as another means of avoiding detection.

American leadership expected an attack from Japan due to the recently implemented oil embargo. They expected it to be closer territories and not 4,000 miles away at Pearl Harbor.

In the end, this kind of victory was established with a combination of superior firepower and the element of surprise. The Japanese expected their superior Navy to achieve a quick and decisive victory within 6 months. However, just as Admiral Yamato expected, American industrialization began establishing a powerful army that Japan could not compete with.

“If I am told to fight regardless of the consequences, I shall run wild for the first six months or a year, but I have absolutely no confidence about the second and third years.”

For more information on the Pearl Harbor attack, check out this great video from Military History Visualized.