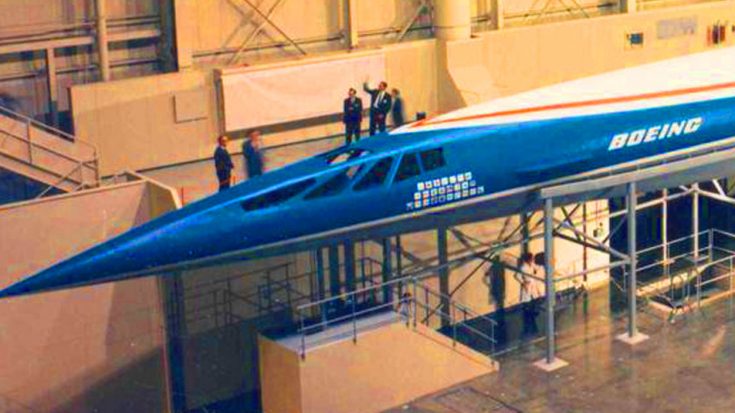 There has been a lot of discussions lately about of rival of the legendary Concorde. From the group of European millionaires seeking to return the classic jet to the skies, to NASA’s QueSST jet as the spiritual successor it is looking very likely. But this isn’t the first time that the United States took a stab at a supersonic airliner, the Boeing 2707 was almost the first.

It all started in the 1960s when PanAm sought to purchase Concorde jets from Europe jump into the grouping supersonic transportation market. New of this reached President John F. Kennedy who was deeply troubled by an American company seeking to purchase European jets. So he enacted a program to create the next big supersonic jet on American soil.

But ultimately what killed the Boeing 2707 was a lack of a suitable market. The Concorde in Europe ended up being problematic due to its sonic boom and was restricted from flying over land. The majority of potential passengers would need to fly over land and with no ability to reduce noise the 2707 was effectively useless.

They nearly went bankrupt after the failure of the Boeing 2707, however, it was able to Bounce back after a steady demand for Boeing 747 airlines increased. For the whole story on the death of the American Concorde check out this great video.