Deep Into The Frozen Tomb Of Drowned Warbirds 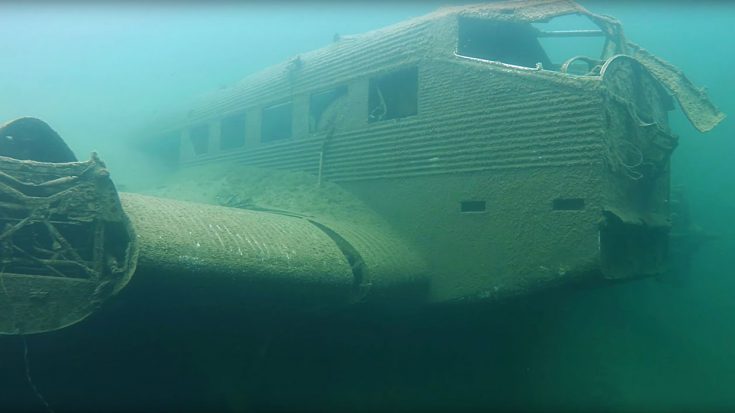 The Nord-Norge in Narvik, Norway was once a place booming with activity during World War II. This lake was frozen over and used as an airfield and the where Germany attempted an invasion of Norway. The aftermath of the battles fought in Narvik left many planes behind and as the ice melted over the years they have been exposed. Now divers are finally able to dive into the icy depths to explore the wreckage of Norway’s fiercest battle.

Here we find the wreckage of Junkers Ju 52 at the bottom of this lake. In its heyday, this plane was used by the Germans as a transport and bomber almost 5,000 Ju 52s were built and even Hitler preferred this plane as his transport of choice.

“North of Narvik lies a lake which was used as a frozen airfield during WWII. Some of the Junkers 52 transport airplanes that landed here sunk in this lake as the ice melted.
While several planes were salvaged one lies very easily accessible near the eastern shore of the lake at a depth of only a few meters.”

The melting ice provides an opportunity to explore the rich history of WWII battles in Norway. This film from Underwater Nerd captures the sunken Ju 52 in a spectacular way that you can’t miss out on.