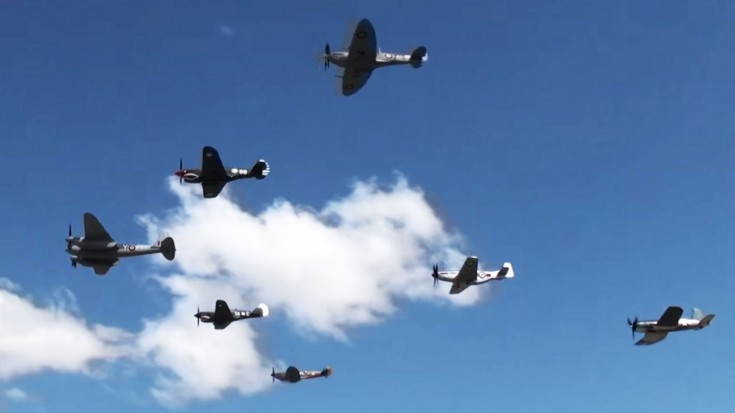 This Rare Mosquito Sure Has A Lot Of Fancy Friends

The Wings Over Wairarapa Airshow in Masterton, New Zealand is one of the best shows to see if you want to feast your eyes on some of the best warbirds of World War II. This De Havilland Mosquito was originally built in 1945 at a Canada plant and never saw combat. After its production, it was purchased by a farmer in Alberta, Canada, where she sadly deteriorated in a field for the next 30 years. Her restoration began in the early 2000s, when she was purchased by the Military Aviation Museum.

The restoration of the Mosquito FB.26 KA114/N114KA took over eight years, with hundreds of hours of labor donated by volunteers.

This lucky Mosquito even got to fly in formation with some of the most notorious war machines of World War II. This includes: Spitfires, Kittyhawks, Mustangs and even a Corsair. This was the last time this Mosquito was going to fly in New Zealand for a while, as her owner, Jerry Yagen, will be taking her back home to the Untied States. There’s really no better combination of planes you can see in the sky at the same time, unless of course you add a B-17 Flying Fortress, but hey, you can’t have it all.