Despite Spinning Blades, Soldiers Try To Save Crashed Helo Crew 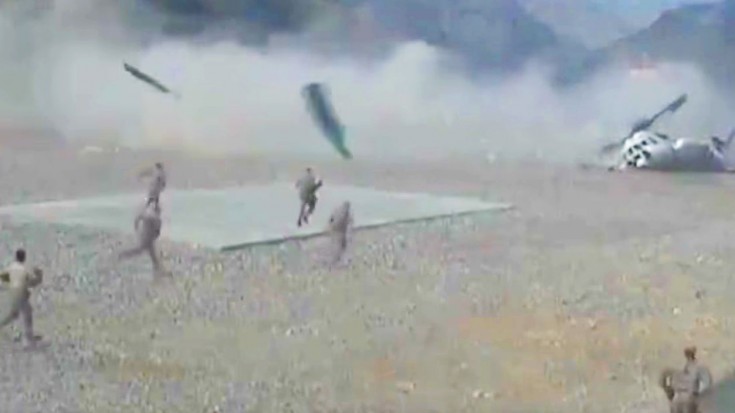 These Guys Are Awesome!

Soldiers perform heroic acts on a daily basis, but it’s rare that they’re caught on video. This incident was caught on what look like security cameras, and you’ll see just that. When others are in need, it doesn’t matter how much risk you put yourself in, as long as you do everything you can to ensure others are safe.

This incident happened in Kabul, Afghanistan on May 3rd, 2010. A civilian contractor’s helicopter was making an emergency landing due to mechanical problems at ISAF base, but it turned out to be too late. As you’ll see in the footage, the scene goes from uneventful to the helicopter literally falling from the sky onto its side.

Just so everyone knows who these brave guys are, here is a list of their names so you can share this and spread the word about them:

It hit the ground with such force that it was reduced by half its size. Fortunately, there were no passengers onboard except for three unfortunate crew members.

With the engine still running making for an enormous hazard, soldiers on base rushed in to help. Some were spraying the helo with fire retardant as others were trying to pull the crew out right next to the spinning main rotor.

Check out this incredible clip and don’t forget to share it with friends. It’s acts like these that make our military great.