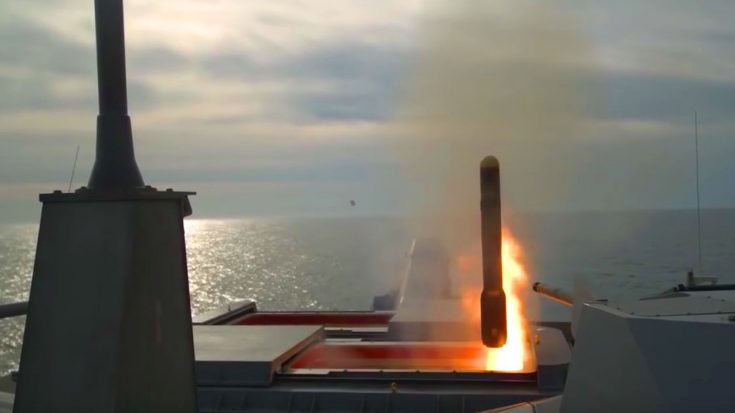 Missiles are the backbone of naval firepower, they have the power, range, and speed to destroy enemies. Often it is the speed that catches a target off guard and seals their fate. When it comes to sheer power nothing seals a destructive fate like a Hellfire missile.

The USS Detroit (LCS 7) is one of the newest Freedom-variant littoral combat ships launched by the US Navy. The latest deserves the greatest in terms of weaponry and is armed with the deadly Longbow Hellfire missile system. The Longbow Hellfire AGM-114 missiles have laser guided precision and can reach a speed of Mach 1.3.

“The Longbow system employs fire-and-forget Longbow Hellfire AGM-114L missiles that can be launched from defilade, increasing battlefield survivability. The Longbow Hellfire missile locks on targets before or after launch and has been used in Operation Enduring Freedom and Operation Iraqi Freedom.”

This recent video from the US Navy shows the USS Detroit launching its AGM-114L missiles in slow motion. This is the vertical launch Hellfire missile used by the USS Detroit. Get a look at a missile traveling at Mach 1.3 when it is slowed to a crawl, the sight of it is true poetry in motion.