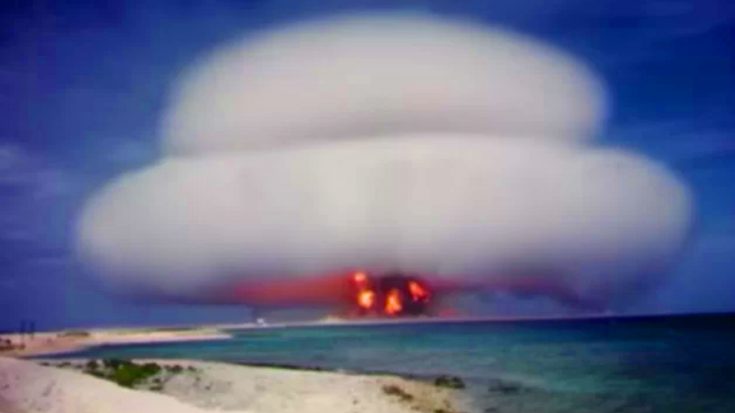 After the end of WWII, the world was thrust into the Cold War and tensions were at an all-time high. The United States and Soviet Russia were deadlocked in an arms race to build the next great nuclear weapon in the event of war. Many of the American nuclear tests were kept under highest secrecy but now after nearly 60 years, the United States Government has declassified the footage.

Over 10,000 nuclear weapons test films were recorded by the United States between the years of 1945 and 1962. The decision to declassify these films came from the need to preserve them for future generations. After decades in storage, the film has begun to decay and film experts are racing against time to study these destructive weapons before the film decomposes.

“We know that these films are on the brink of decomposing to the point where they’ll become useless. The data that we’re collecting now must be preserved in a digital form, because no matter how well you treat the films, no matter how well you preserve or store them, they will decompose. … We got to this project just in time to save the data.”

Nearly 6,500 films have been located and range from underground tests to island detonations. Spriggs hopes that footage of these weapons of mass destruction will convince nations all over the world to never use them again. You can see the first of the newly declassified bomb tests in this archival footage here.