Most Destructive Weapon America Ever Created – Too Dangerous To Be Launched 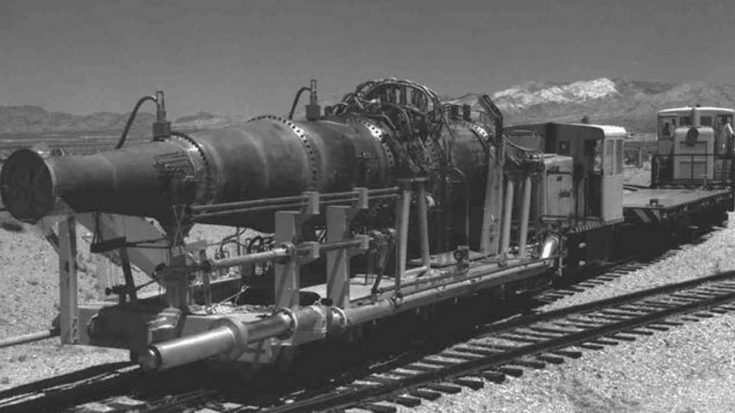 The Cold War brought forth a wide array of powerful weapons from the United States and the Soviet Union, ranging from jets to nuclear bombs. But it also brought forth some weapons that went too far in their capabilities for death and destruction. Even the United States Government knew that their scientists had created a monster when they learned about Project Pluto.

The Supersonic Low Altitude Missile (SLAM) also known as “The Flying Crowbar” was too deadly and destructive for its own good. It flew just above the treetops in order to avoid radar detection at speeds exceeding Mach 3 powered by its ramjet engine. The engine was nuclear powered and could easily be fired from the United States all the way to Russia.

The onboard weaponry of the Flying Crowbar was a 5500-pound payload consisting of 16 hydrogen bombs. Using a radar tracking system it could identify a specific location and deliver the bombs individually while still flying to its main location. The onboard reactor also left dangerous amounts of radiation in its wake and blasted sounds at 150 decibels more than enough to cause people to go deaf.

Project Pluto could have been the most destructive weapon the world ever saw but it was far too dangerous to be used. If aggression from the Russian kept up they have considered using it, but since it was housed in American military facilities they couldn’t take the risk of it accidentally detonating near one of their own cities.

The project was canceled in 1964 after being deemed for too dangerous for use anywhere. This clip demonstrates how the SLAM missile would have operated if it had reached its full potential.